With its agricultural roots, time-honoured means of food and wine production and local dishes with pedigrees of centuries standing Zamora could be forgiven for living in the past. In common with other parts of Spain however, its gastronomic heritage is transforming and renewing with conspicuous dynamism. This is a very modern and exciting food culture.

Enjoying a tapa with a good wine is a mainstay of life in Zamora. Its talented chefs and restauranteurs vie with each other to build on this heritage, creating eye-catching and innovative twists on traditional dishes. This trend finds its purest and most competitive expression in the micro-cuisine phenomenon in which tapa are created in an avant-garde style, reinventing the building blocks of the cuisine. Since 2006 the skills of its chefs have been celebrated in the annual “De Tapas por Zamora” festival, where the best examples are offered for one Euro eighty each and then subject to a public vote.

Zamora is a land of old vineyards and wine is part of its history; visible in its art and audible in a language laden with references, sayings and allusions to wine.

This province has four wine-growing areas – Toro, Arribes del Duero, Tierra del Vino and Valles de Benavente - and each one produces wines with strong, individual characteristics based on the diverse soils, geography and climate of the area. Exceptionally, three of these areas enjoy Denomination of Origin status.

Zamora is the celebrated cheese-producing province of Castilla y León, with a large population of Churra and Castellana sheep.

The milk of these two breeds is made into a Zamoran cheese holding Denomination of Origin status, which regulates the work of dozens of producers and close to 90 ranches. 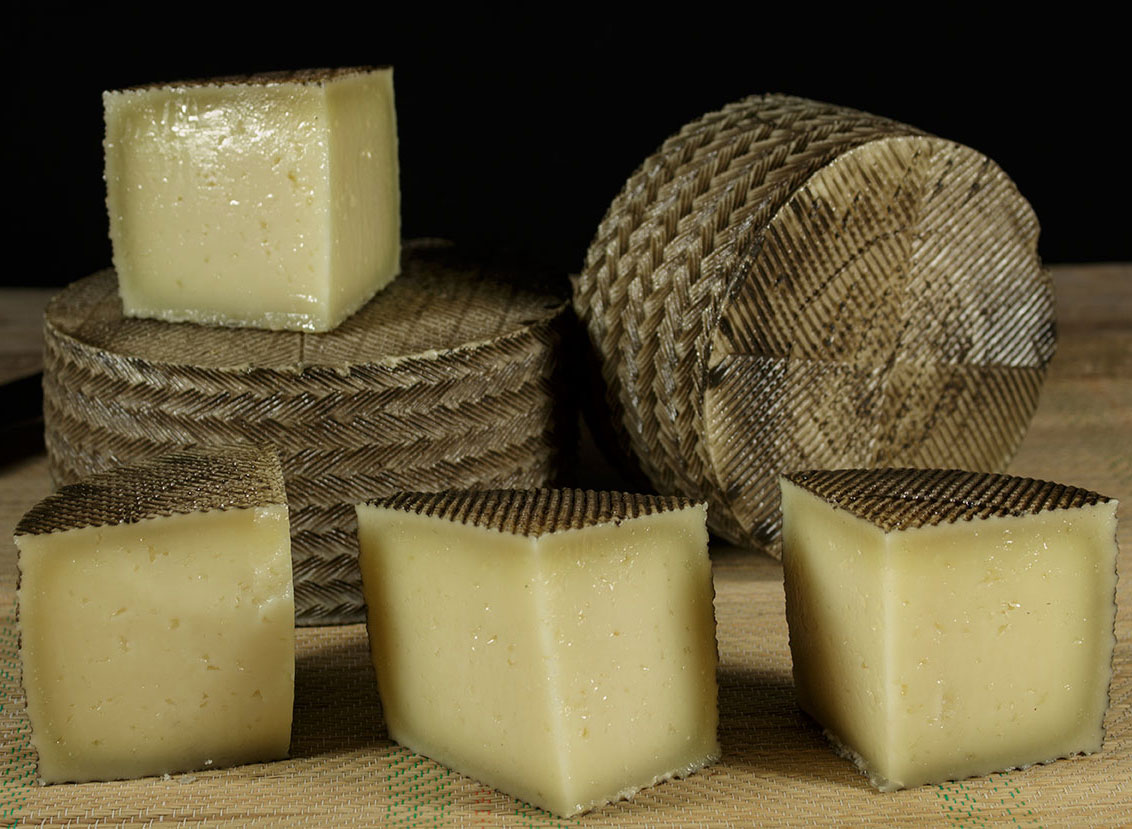 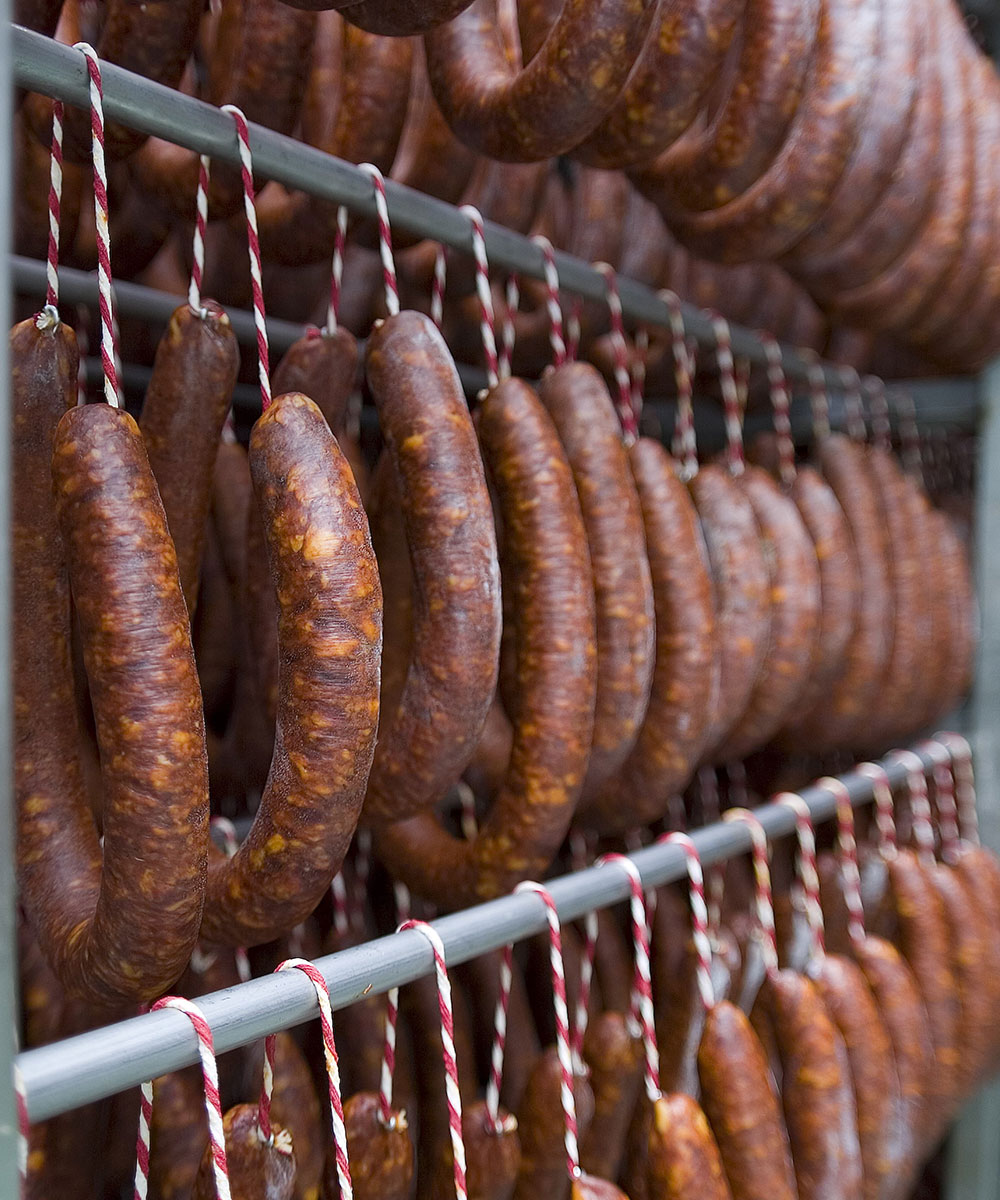 Chorizo Zamorano (chorizo of Zamora) is a cured, raw cold-meat product strongly associated with the eating habits of Spaniards, both local to the region and further afield.

The area's situation and climate have made it ideal for the traditional slaughtering of pigs and the making of pork products, an activity that is firmly rooted in the province's history and culture as one of the oldest gastronomical traditions in the region.

The method used to make the product has been passed on from one generation to the next and Chorizo Zamorano is characterised as a genuine product that is particular to and typical of the province.

PGI Ternera de Aliste (Veal from Aliste) is high quality meat from young cattle, of breeds with meat aptitude, adapted to the geography of the region and produced based on food and traditional management of the area, with a slaughter age between 8 and 12 months.

The cattle ranch of the PGI Ternera de Aliste is located in the western zone of Zamora, in the Aliste, Sayago and Sanabria regions and is made up of small family farms that base their production on the use of natural resources in the geographical environment.

The distinction of beef with IGP Ternera de Aliste is largely due to the physical environment. The product itself has specific qualities of its own due to the particular breeding methods, based largely on rearing the calf from breastfeeding, together with its slaughter at an early age. This results in meat with its own distinct characteristics.

Of special importance is that the geographical area is the natural habitat of the Iberian Wolf (Canis lupus signatus). Even today it is the nature reserve with the highest population density of this species in Europe. The presence of the wolf in the area greatly influenced the way in which the calf has traditionally been managed. In a bid to avoid the loss of their principle income, which came from the sale of the calf, ranchers saw the need to protect the young from this predator. They ensured that cows calved in the stable and the calf always remained sheltered during its development.

According to the production system, the following types of animals are distinguished:

The particular methods of breeding, together with its sacrifice at an early age, result in meat with its own distinctive characteristics, which stands out for its light pink colour in the Milk fed Veal passing to the pink in the Pastera Veal, a soft flavour and an appreciated juiciness and tenderness with a white and pearly fat, of firm consistency.

Zamora is a province famous for its sheep rearing, demonstrated by its leadership in raising the Castilian breed and the Sayaguese origin attributed to the Churra.

Recognised in 1997 by a Protected Geographic Indication (PGI), Lechazo Lamb from Castilla y León comes from the native Churra, Castellana and Ojalada breeds, whose flocks dot the countryside throughout the province of Zamora.

Good lamb meat and its distinctive flavour are traditionally linked to its feeding and diet, based on grain stubble and natural pastures. The result is a very soft-textured, tender and juicy meat.

The word “lechazo” refers to the animal’s consumption of only its mother’s milk.

The province of Zamora has a long association with bread and the high quality flour which is used to produce it. Until the age of electricity, water mills were used to grind the flour. At its height Zamora had over one thousand of these – the city of Zamora itself still retains its aceñas, spanning the width of the river Duero. In 1996 a group of industrialists got together to revive the spirit of local flour production. Marca de Garantía Harina Tradicional Zamorana is now the hallmark of quality for flour from the region.

This flour is made from “triticum aestivum” and “triticum durum” wheats, at least 10% stone ground. The seal of guarantee certifies that the product meets with rigorous standards of quality, composition, geographic origin, technical conditions and method of production.

The bread made with this flour has an aroma and flavour which evokes traditional artisan bread. 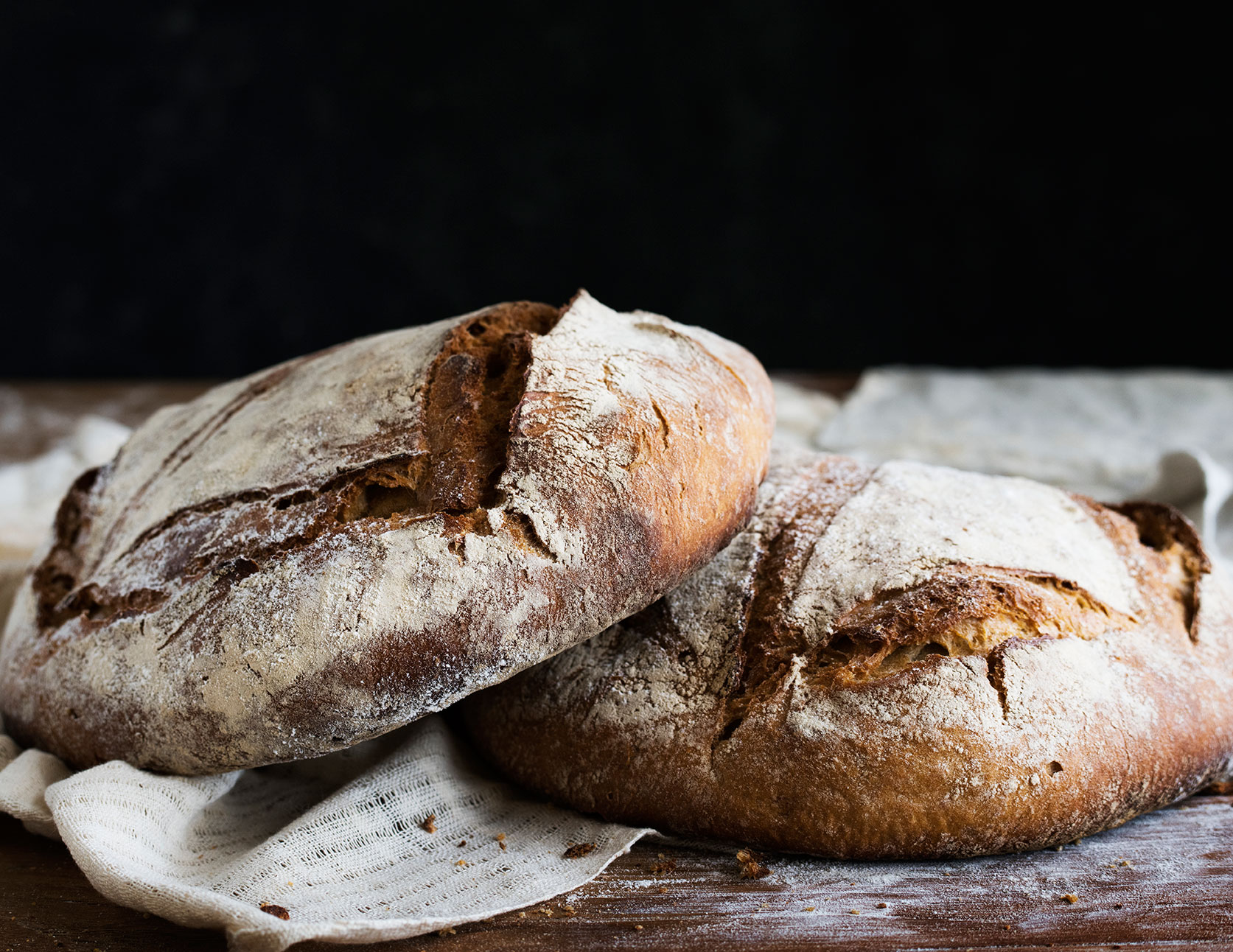 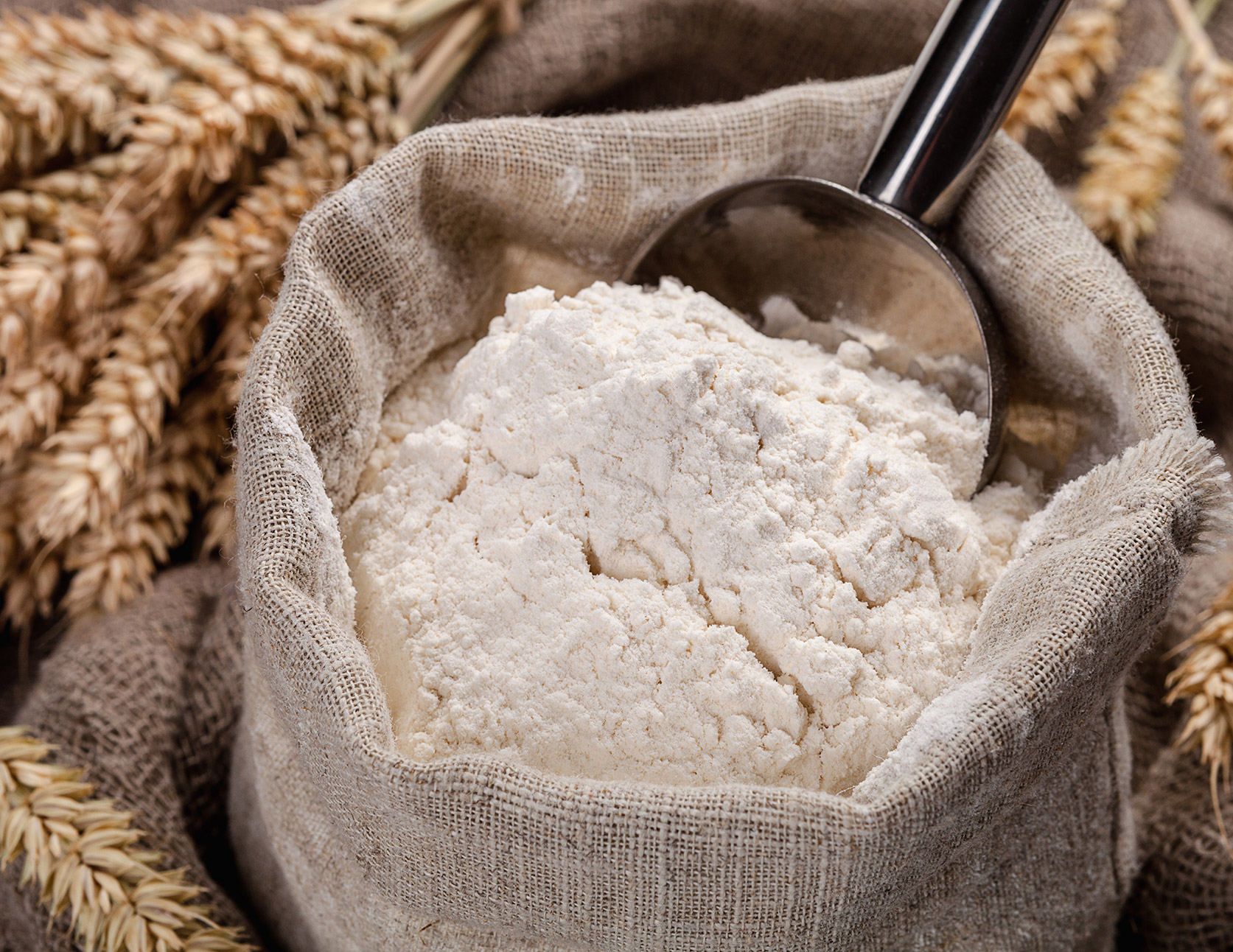 The clean and unspoiled natural environment of the region of Zamora is ideal for the production of honey.

Zamora’s beekeepers are concentrated around the areas of Aliste (Sierra de La Culebra) and Sanabria and they produce artisanal, additive-free honey of an extremely high quality. This honey is increasingly recognised for its unique qualities and has begun to attract attention both within Spain and internationally.

The region of Arribes del Duero, close to the border with Portugal, produces olive oil of notable quality despite being much further to the north than is customary for olive production. Supported by a unique micro-climate Manzanilla olives are grown here, producing a characteristic golden-yellow oil with clean, shiny, green overtones. The flavour is robust, persistent and sweet on the palate whilst the aroma is strong and fruity with a hint of green apple.

With a pleasant flavour and silhouette marked by a sharply curved peak, the Chickpea from Fuentesaúco is justifiably famous, recognised with Protected Geographic Indication status. The cooked chickpea has a buttery and slightly granular body with a particularly soft skin making it a key ingredient of many exquisite local dishes.

Peppers from Fresno and Benavente

It has been recognised with its own Protected Geographical Indication under the name of Pimiento de Fresno- Benavente (Pepper from Fresno-Benavente).

It has a rectangular shape close to square, taller than wide, with a minimum width of 10 cm. It has 3, 4 or 5 lobes and a very depressed apex. They are large peppers, red, with thick meat, more than 8 mm thick. The pepper is large and celebrated for its thick and juicy flesh, medium-sweet taste and soft skin which almost dissolves when it is eaten.

Beans, which go under a variety of names in Spanish – alubias, fabas, habones, fríjoles, habichuelas – are native to the Americas. After their introduction into Spain, cultivation spread fast, and by the middle of the 16th century, they had become perfectly acclimatized.

One of the most characteristic ingredients in traditional Zamoran cuisine is Habón de Sanabria (Sanabrian broad bean) with its soft skin, white appearance and slightly sweet taste. The beans are primarily grown by small farmers, harvested by hand and dried in the sun using methods unchanged for centuries.

Lentils have been a staple of the Zamoran diet for centuries and the varieties produced in the region are, in our opinion, amongst the best produced anywhere in the world. Since they contain no fat, they are usually cooked with ham, bacon, pork sausage or other fats to make them more appetizing and nutritious. They are also often partnered with game like partridge and quail.

As a crop they serve a valuable purpose in this intensely agriculture region, planted to take advantage of fallow land and to restore vital nutrients. They do not require extra cultivation as they can take nitrogen from the air and the climate of the region is ideal for the production of excellent quality.

Pardina lentil is small (4-5mm) and brown with black spots, quick to cook and does not need to be soaked. It is high in protein and fibre and supports a healthy, balanced diet. 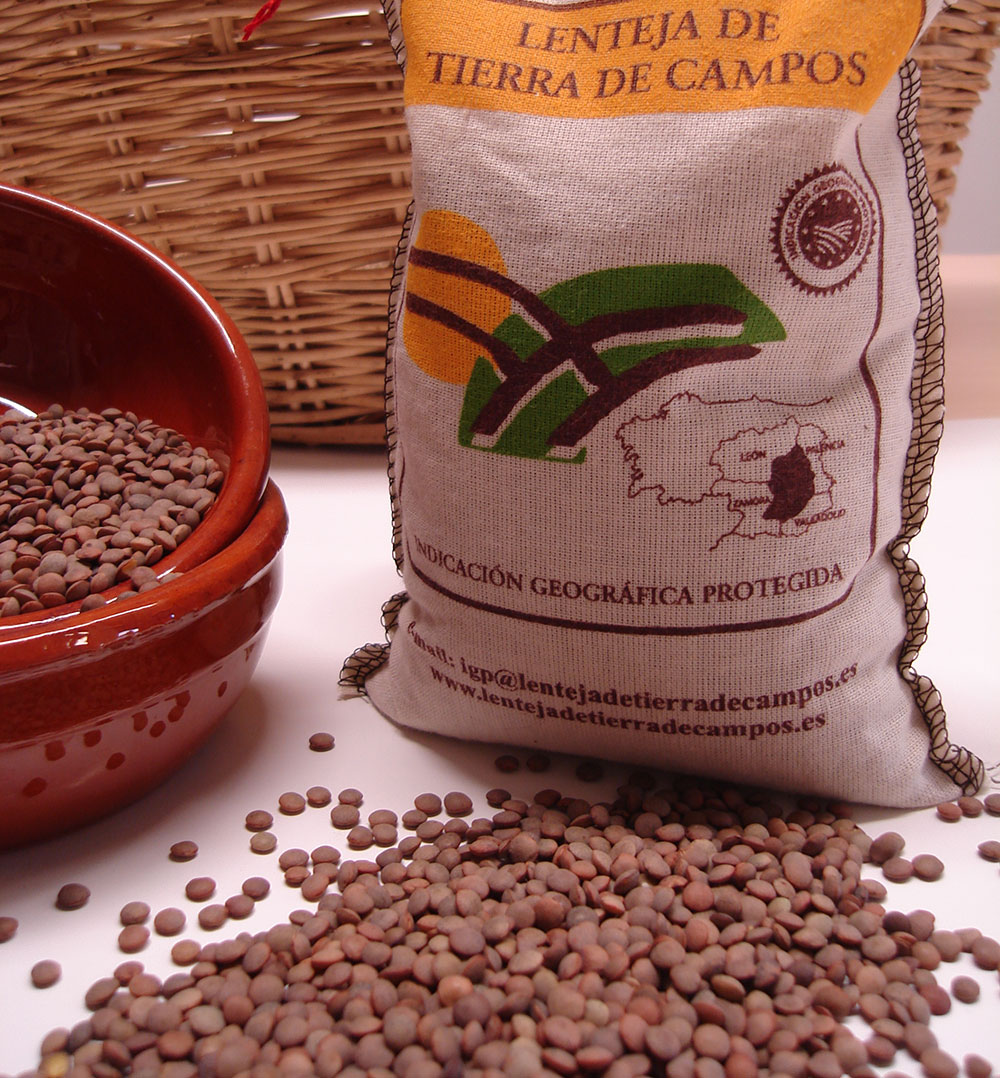 The harvesting and marketing of mushrooms in the province is a relatively new activity, but it is already the focus of considerable gastronomic interest. The high quality of these products makes them some of the most highly sought after in the restaurant sector.

With more than 500 species of inventoried fungi, the province of Zamora has one of the largest mushroom productions in Spain. Of the large number of edible mushroom species that live and are produced in this area, the most highly appreciated for the table include: cep mushrooms from the edulis group; Caesar's mushrooms; chanterelles; and delicious lactarius mushrooms. 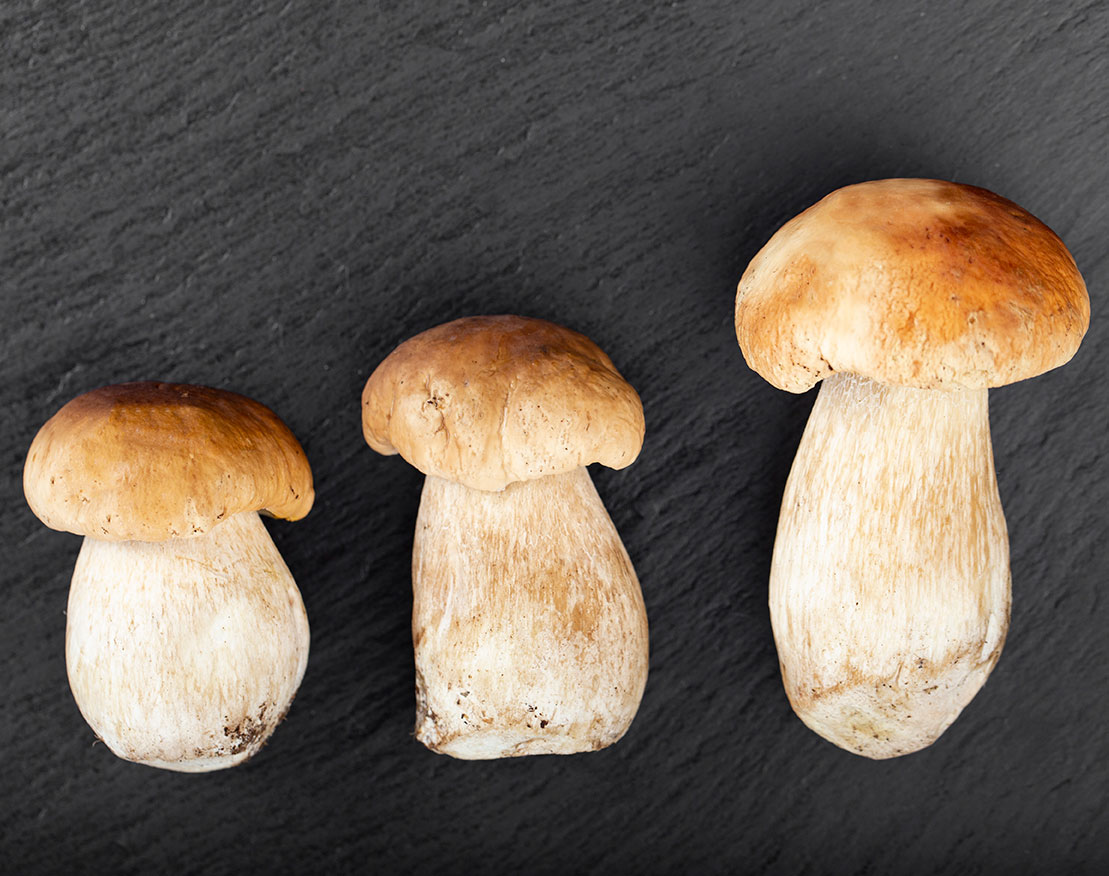 The cep mushrooms that grow in these lands, especially those that come from rockrose areas, have an intense flavour, a pleasant aroma of nuts and a texture that is terse and compact. This is why they are highly appreciated on international markets under the designation of Zamoranitos.

Since autumn 2010, the mushrooms of Castilla y León have carried a quality mark that helps distinguish the different species, certify their origin and guarantee food safety through the supervision of batches by mushroom experts, together with certification by the health authorities and traceability controls.

In autumn and spring the regional authorities make available recreational permits which allow visitors to enter protected mycological areas and collect up to 3kg of mushrooms per day.

The regions of Arribes del Duero and Sanabria produce a spectacular quality of chestnut. The “longal” variety, considered indigenous, is found in this region. Their delicious properties are a well-kept secret however with most of the harvest being sold locally in the region with even the exported product travelling no further than Galicia or over the border into Portugal.

Some of the most highly prized foods are canned or preserved in jars fresh from the fields of Zamora. Of these, white asparagus is the king: soft, succulent, with a spring-like taste and creamy texture.

Foods preserved in this way offer many advantages: they are healthy, easy to use, do not lose their nutritional properties or taste and their packaging is recyclable. 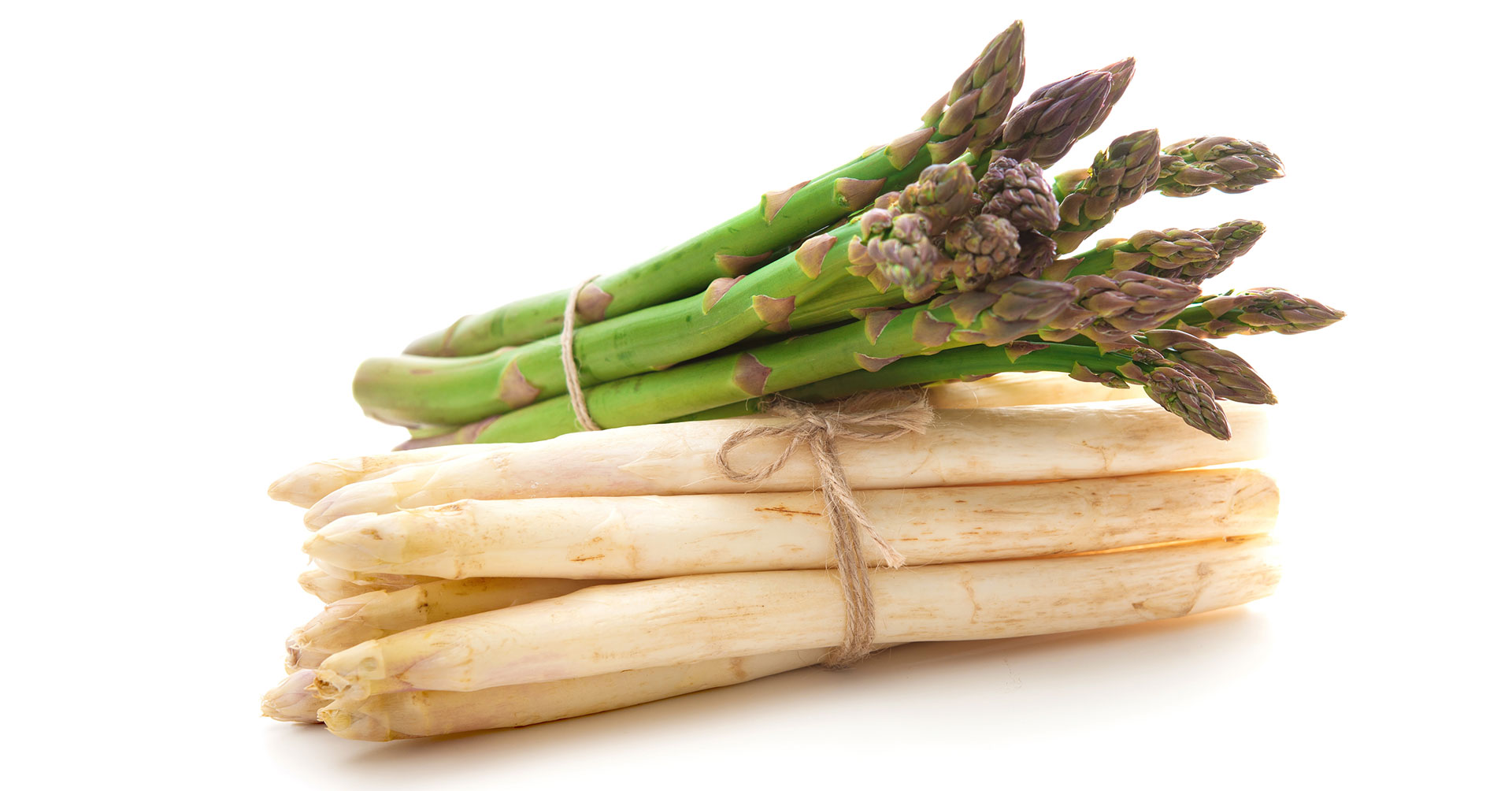